You call that a Block House? part 4

Moving along with my project, I have all the flooring put in, the corners I am just going to ignore doing them and just cut those off in the roof. I also need to get some other major parts done, here is a list of things to get finished up: Rock Foundation, shingles for roof, base and building up terrain the Block House will sit on, make a door (probable make it swing and have a little latch), paint or stain the building possibly both.


As you can see, I haven't finished the roof yet, I have to get the shingles on but I may not have enough material to get it done tonight.

You call that a Block House? part 3

Doesn't look like much work done, but trust me it took way way to long to do this.  I got the corners wrong and will cut some pieces to fit that area and blend it in, thank goodness that shouldn't be seen. I know I could have just made it a simple roof, but figured I went to far with the detail I might as well not stop there.

I will start work on the 2nd floor walls now. 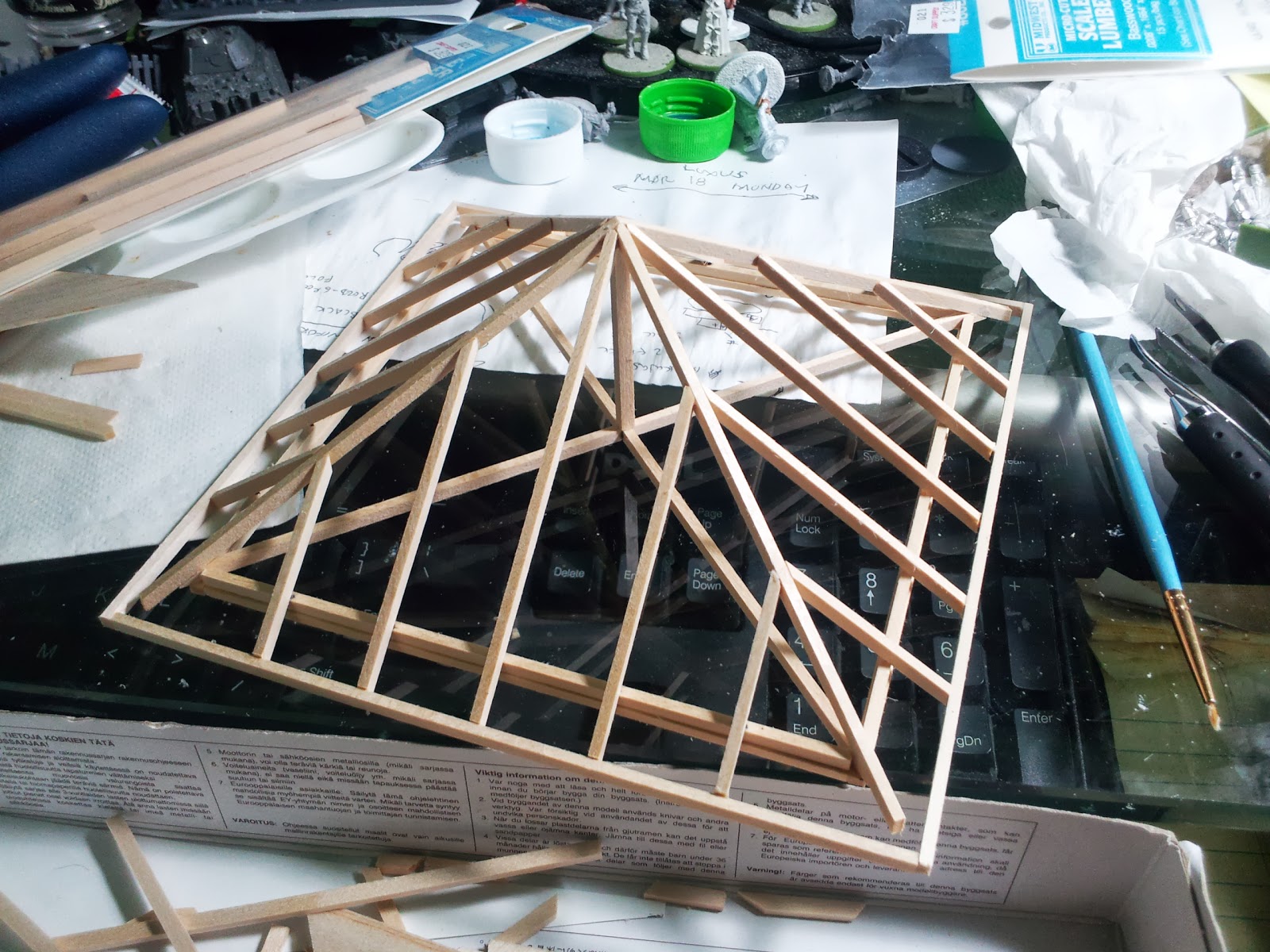 The corners are so bad.  =( Must fix it later tonight.

If you wish to see parts one and two follow the links below.

Posted by Miniature Player at 1:33 PM No comments:

Falling asleep cutting the roofing for the block house.....

I am calling it for the day, going to crash out and sleep before I end up cutting myself from falling asleep working on the block house.  I will add images to this post when I get up.

Posted by Miniature Player at 5:16 AM No comments:

Had a last minute pickup game with Pat H. today. Took a ton of pictures, perhaps way to many pictures. This time we basically switched forces, I had two units of French and one small indian force who carried rifles. My thinking was to use their greater range to shoot down enemy units while using my regulars to draw fire with their lives.


The Civilians we used some proxy figures so the indians near the blue house are them, there is also a bunch hold up in the house itself.

Advancing under the cover of darkness, Pat moves his forces up.

I hold up and go on vigilance but having to push my rifle armed indians close enough to see the enemy.

Not in line but slighting spread out, I wait for the indians to make their move.

I fail to score a single hit, I fear I will be over run by the enemy indians on my right flank.

From the center the arrows from the woods tear into my forces. I fall back tying to protect the civilians leaving the building under the cover of darkness.

Two indian units rush out from my front right.


I have a few men left, I turn and run, only to loss two more. On the right hand side the proxy indians are civilians. I fall back with my last man.

They fail to score any hits.


His last man turns and routs off the table.

I fall back with indian on my right. Spending some time reloading I fire and push back the enemy bow men that left the center of Pat's forces, they tuck around the woods to reorganize.


Without waiting, I am charged by Pat's indians on the right, we both kept forgetting that we had thrown weapons.

We both pile in due to not killing one another in the melee.

Civilians moving 2" in the dark near the building, is painful to watch. They will never get away at this rate.

Bring a randomly determine dead unit back on any table edge. My officer makes it on the table behind the line unit on the road, only to get tomahawked in the back. Pat saving his musket fire for the line unit.

After running over some civilians (proxy indians in the field) the bow armed indians are caught out in the open, I prepare to fire and take names.

I fire and force the bow armed indians behind the house. I ignore the fact there is enemy in my rear.


after trying to just fire on the civilians and not killing any of them, Pat moves up from the right though the field to get closer to the civilians.


Game ends abruptly we end in a draw, we both failed our missions. We had loads of fun! Next game is on Sunday and I hope it will be a blast. I would like to thank Pat for having a game with me.

All the terrain used this time is mine, except the road, I so need to buy or make a nice road to go with this game.

Email ThisBlogThis!Share to TwitterShare to FacebookShare to Pinterest
Labels: AARs, Muskets and Tomahawks

You call that a Block House? part 2

More updates on my Block House. I got the flooring done for the 2nd floor. I will need to make a ladder and possible a fire place, like a cast iron stove or something. I want to get the second story walls all done. I also got the beginnings of the framing for the roof. I will start off with the good pictures and work my way down to the other ones.

If anyone is wondering, I cut and glued every single piece together. So the 2x4 you see for the flooring are all cut and fitted. I ended up filling the gaps with elmers glue.

Granted no one will see it, but I think it was fun to build up. I kind of screwed up the framing and made some messed up cuts but it will not be seen from the outside so all is good.


I am showing the template for the roof framing. Once the roof is finished I can cut out and start shingling the entire roof. Because I plan on cutting out the shingles and gluing them one by one it should look good. I had done a 10mm house with shingles for Warmaster, so this should turn out good.

I just placed it for reference. Ignore the fact I do not have the 2nd floor walls all done up, possible later in the day I will get to it.

Well that is all for now, enjoy!

You call that a Block House?

I'll show you a Block House!

Back and forth to the hobby shop for supplies. I realize I could just bought one but decided to build one. What I wanted was a good sized building that matched up to the gaming miniatures. I plan on doing the floors and have both the roof and second floor be removable so miniatures will fit. I have much work to do which includes stone work for the foundation the roof will be shingled and put in a fireplace I suppose. Also need to put in a ladder or steps to the second floor

The beginning of my build.

Posted by Miniature Player at 1:30 AM No comments:

Working on a Block House

I started work on a Block House for Muskets and Tomahawks. It will be pretty big I think, I plan on doing it all from scratch. Here is the start of my project. Here is some layout without gluing as of yet. 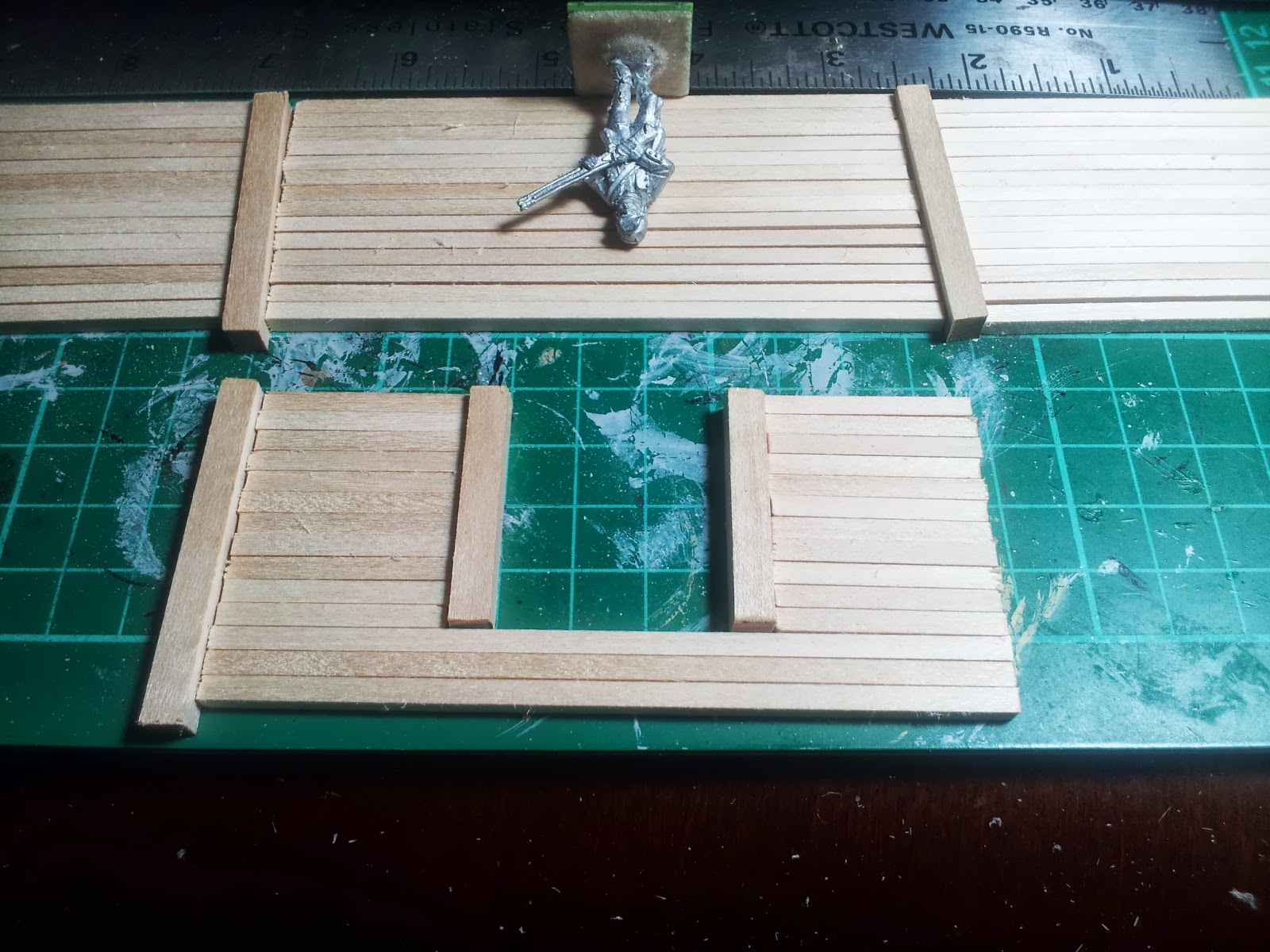 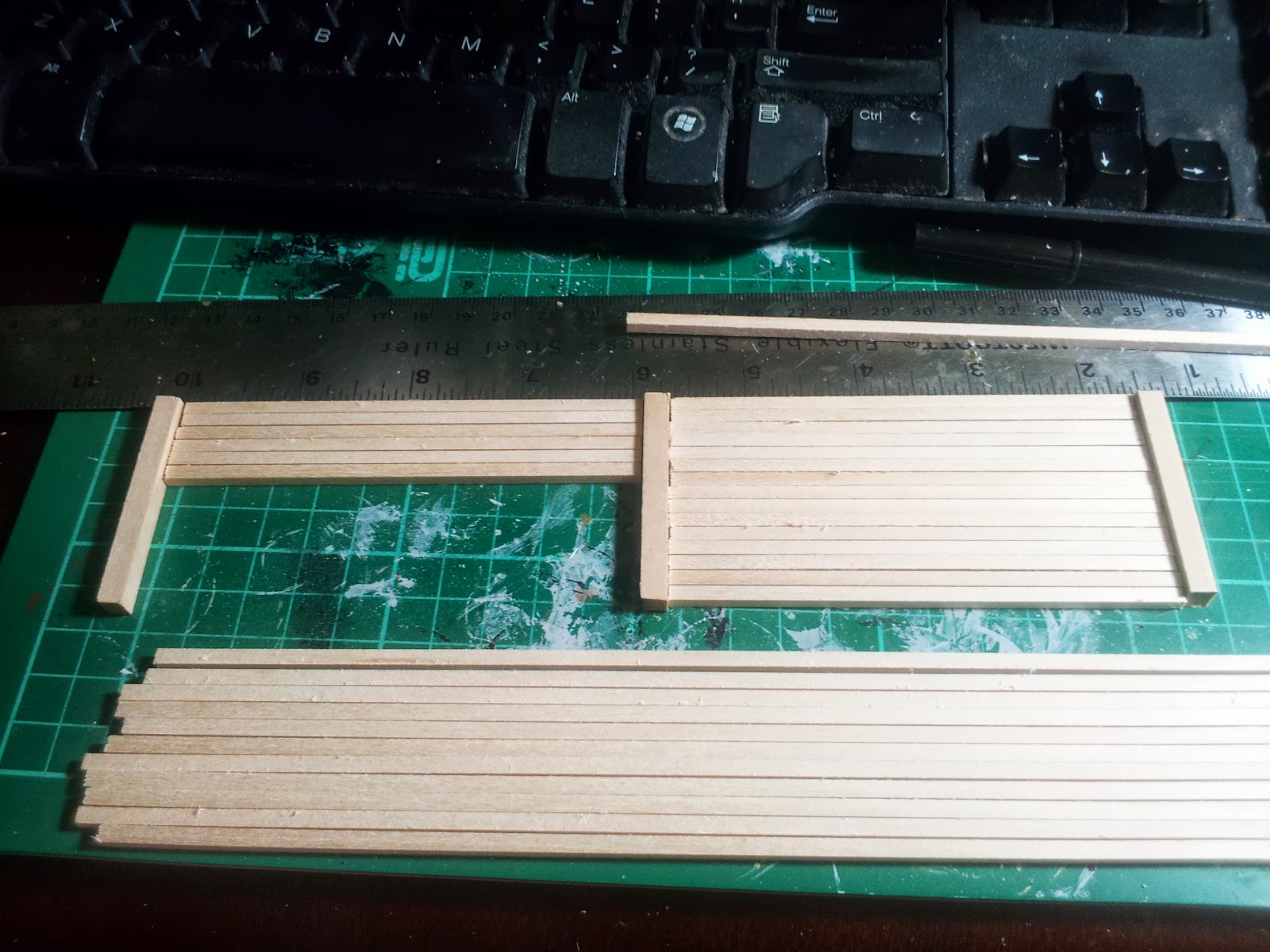 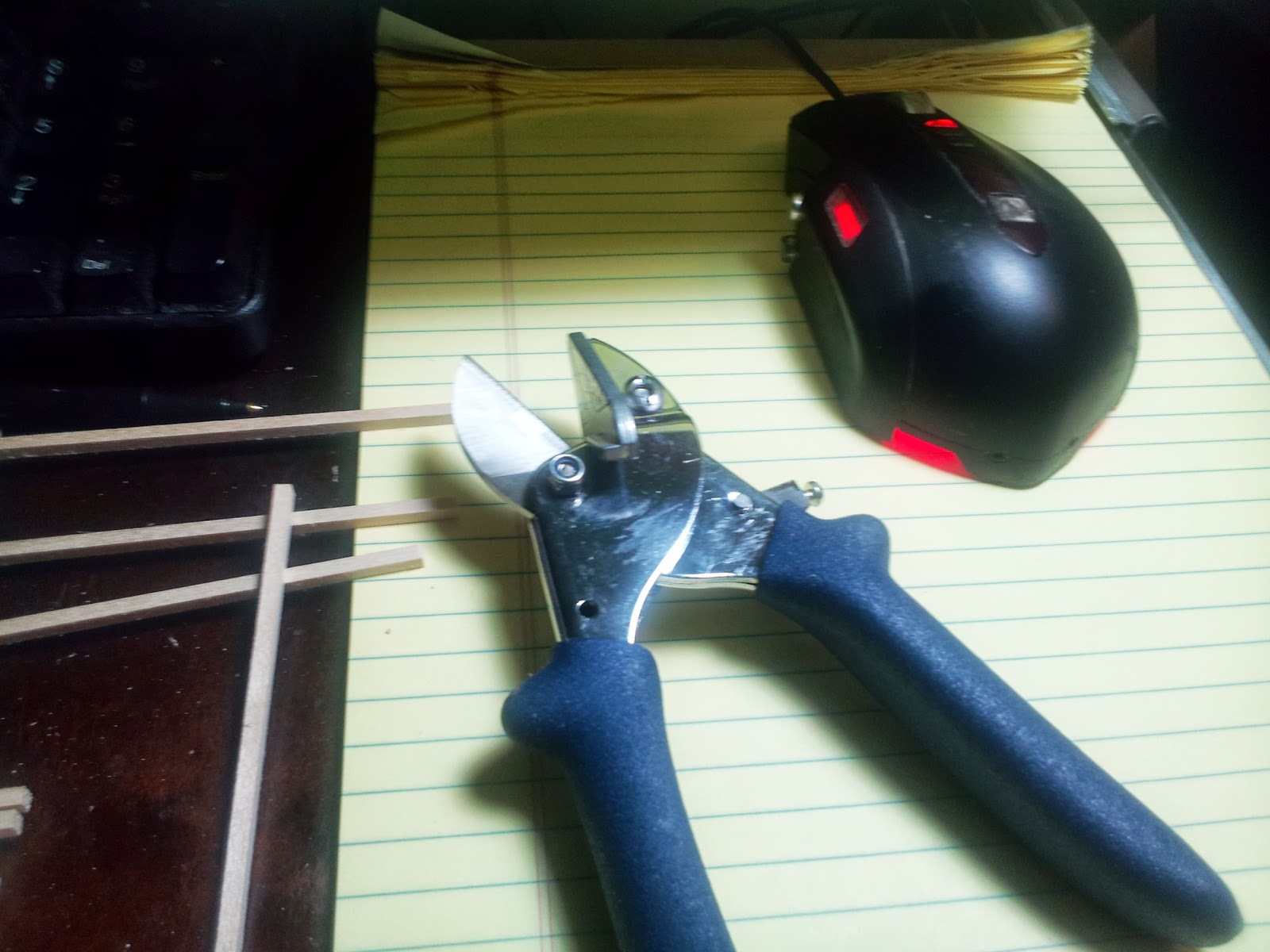 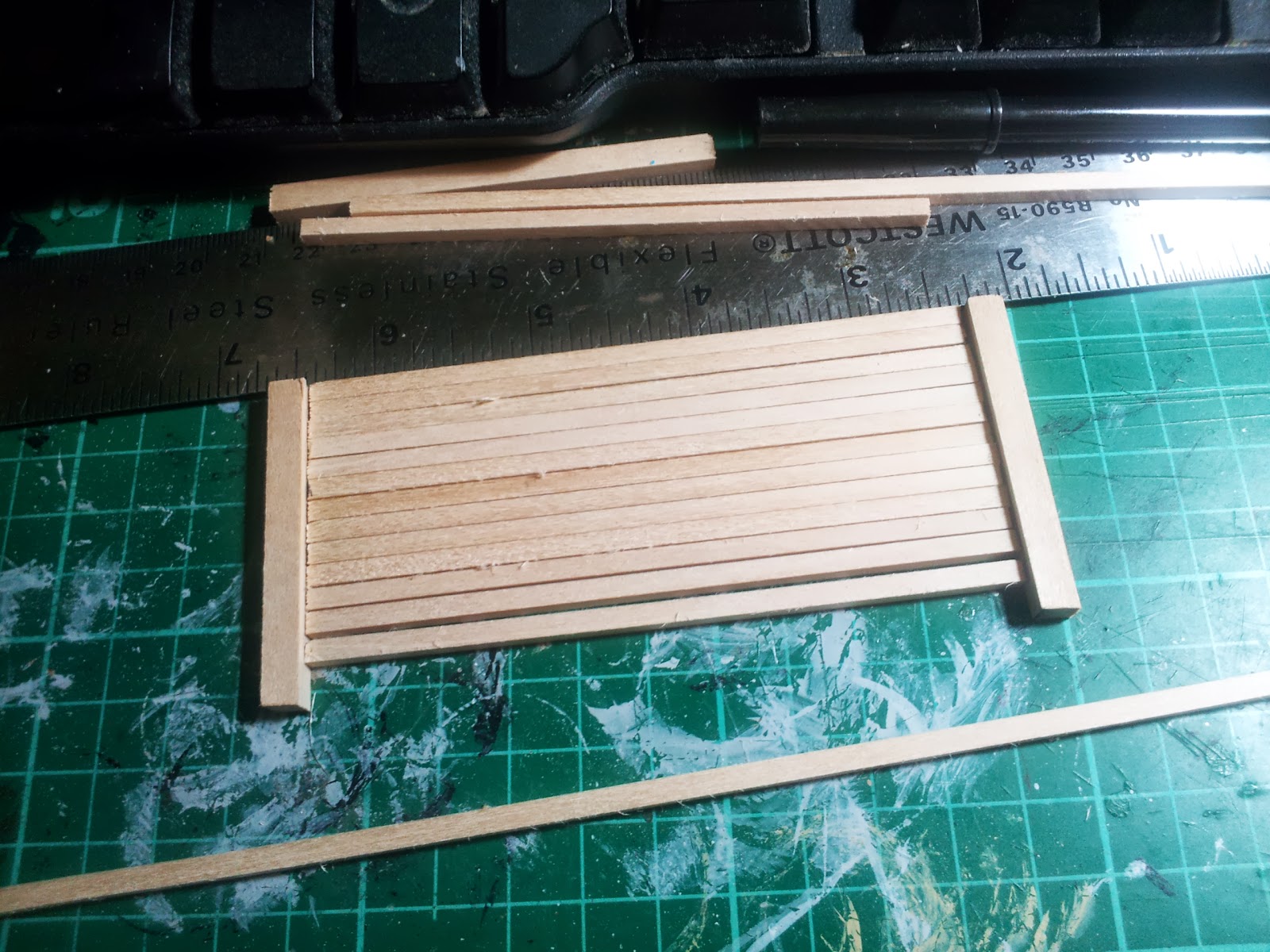 This last picture is what the walls will look like. I plan on making a second floor and roof. I think the roof will take some time to get done.

Posted by Miniature Player at 3:08 AM 4 comments: