I got it finally in the mail yesterday. This is a plastic model kit from the TV anime show The Last Exile. I hope to get some prep work done to it tonight. 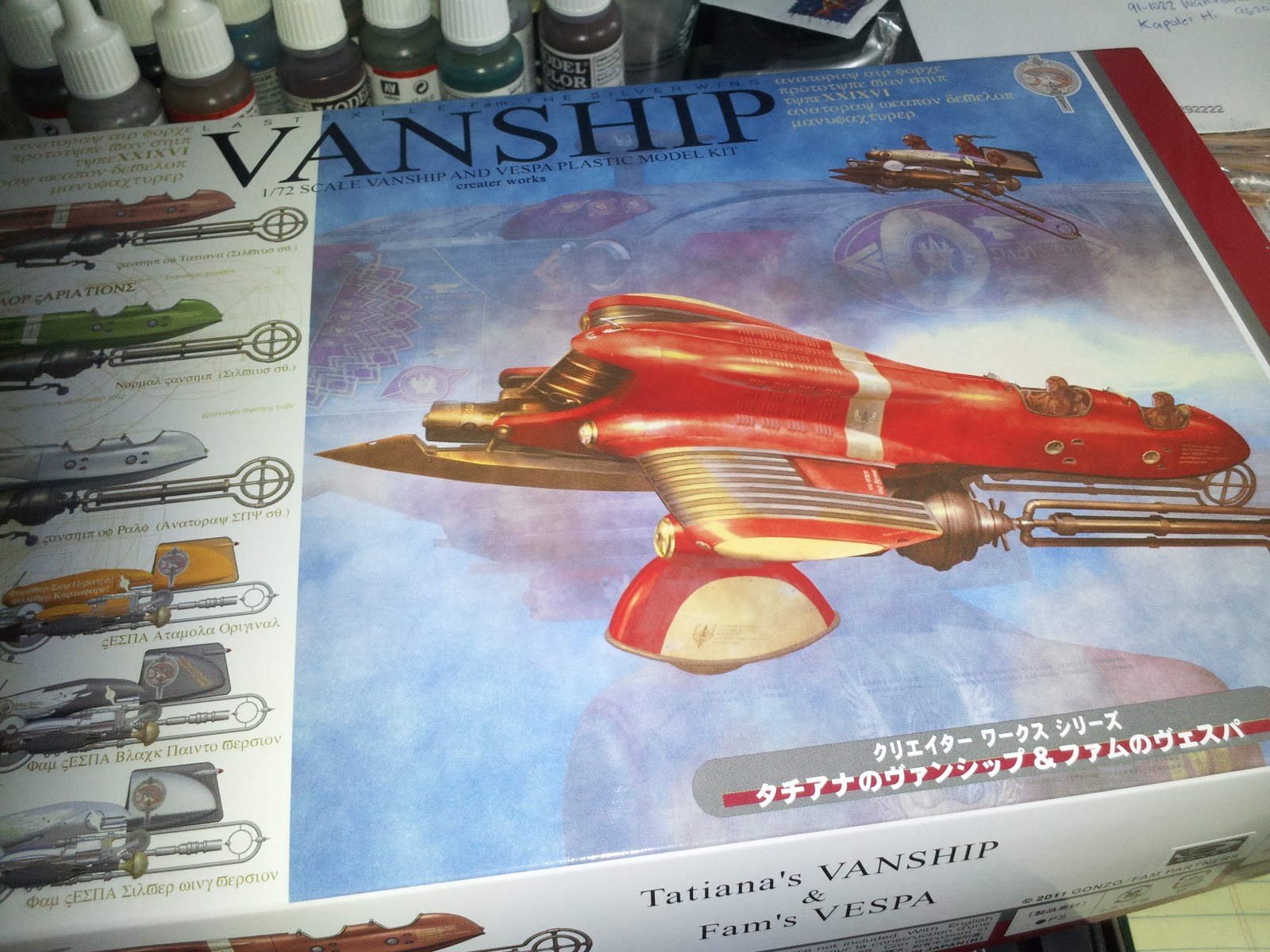 Posted by Unknown at 3:07 PM No comments:

A great victory for my soviet force. Played verses my friend Chris T. and his American force. He still has a way to go but seems to be getting better. By taking the initiative and forcing him to react to my movement I forced him to engage where I wanted him to. It was a close game, I would say main mistake was deploying his tank destroyed platoon to soon allowing to get first shots off on them.

Posted by Unknown at 8:51 AM No comments: