I have done more work on the miniature. Darkening the red and getting it more defined throughout the skin tones.

Here are some updated photos. 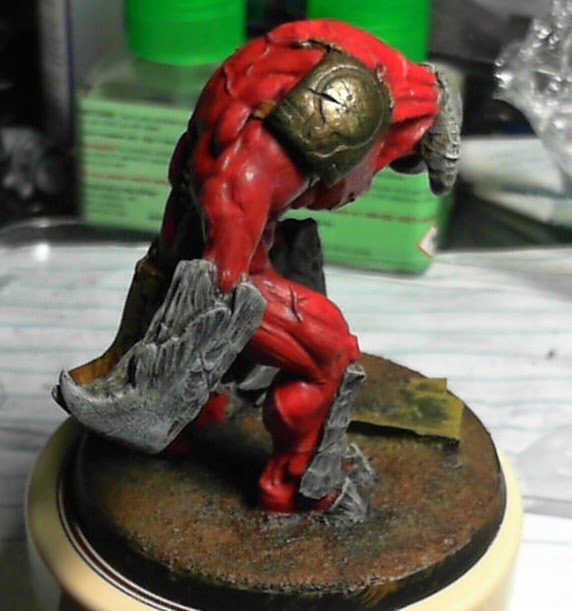 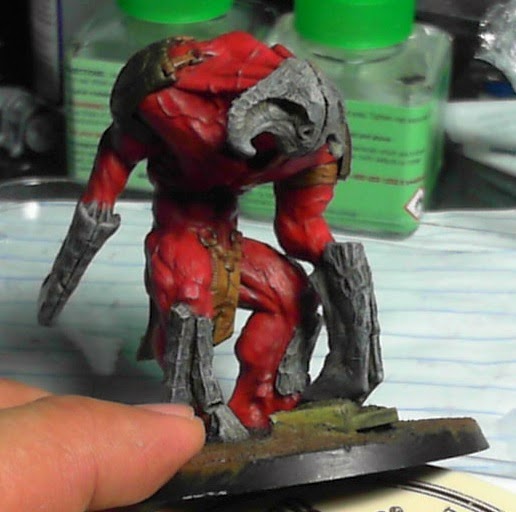 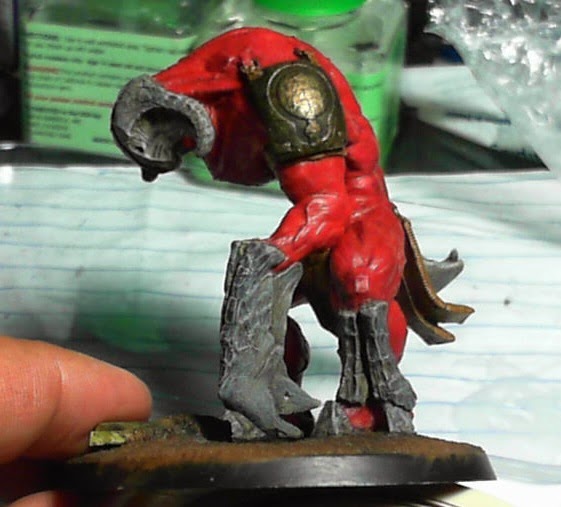 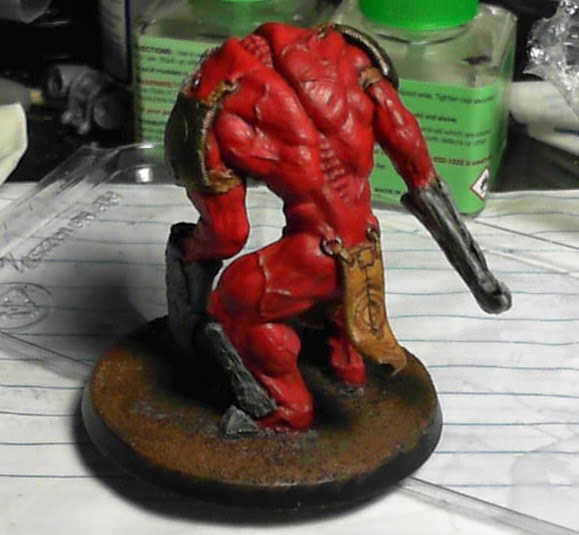 I have to work on the base, and touch up some minor stuff. I also will either put a gloss or satin varnish on the metal parts. I think I'll do satin.

Got a Flames of War game in today.

It was a good day for my Russians vs Germans. I played Mike (one of the Mikes here in Hawaii), I thought I was going to be in trouble but ended up crushing his attack.

I held my ground for a few turns then started my move around turn 3 and 4. The main problem I was going to have was against his Panthers, but I got off a good kill with my 100mm AT gun early then later destroyed another one.

I almost screwed up and charged into a platoon with 5 panzerfaust. I did loose a few Stuarts but with infantry support next to them I wasn't really going to loose anymore.

In the end I had completely destroyed 3 platoons, two other platoons were down to one stand, his artillery was down to 1 gun and 1 command stand. His pak40s were out of action due to location of reserves.

Another day where I was to busy enjoying my game, that I didn't take photos of the battle. But here is a pictures of a kittens to get you thru the day.

Posted by Miniature Player at 8:41 PM No comments:

This is a work in progress, please ignore the red as it is just the base color.  I started work on the hard plates, and figured I would make it look stone like. I like how the look and I may add a tad more detail depending on if it will tie into the rest of the miniature.

My goal is to work on the red tomorrow, darkening it then slowly blend up to a lighter red. The shoulder armor plates will become something I am not sure as of yet. Thinking something like Steel to black mix, like some medieval armor looks like.  Finally I will work on the base with painting and flocking.

Wish me luck, I have a lunch bet on the line!

Posted by Miniature Player at 9:15 PM No comments: