Watched my friends play a game of Flames of War. It was an early war Japanese vs German. It was a first game for Brian H. vs George a veteran player.  Brian got a feel for infantry vs infantry match. (two quick photos) 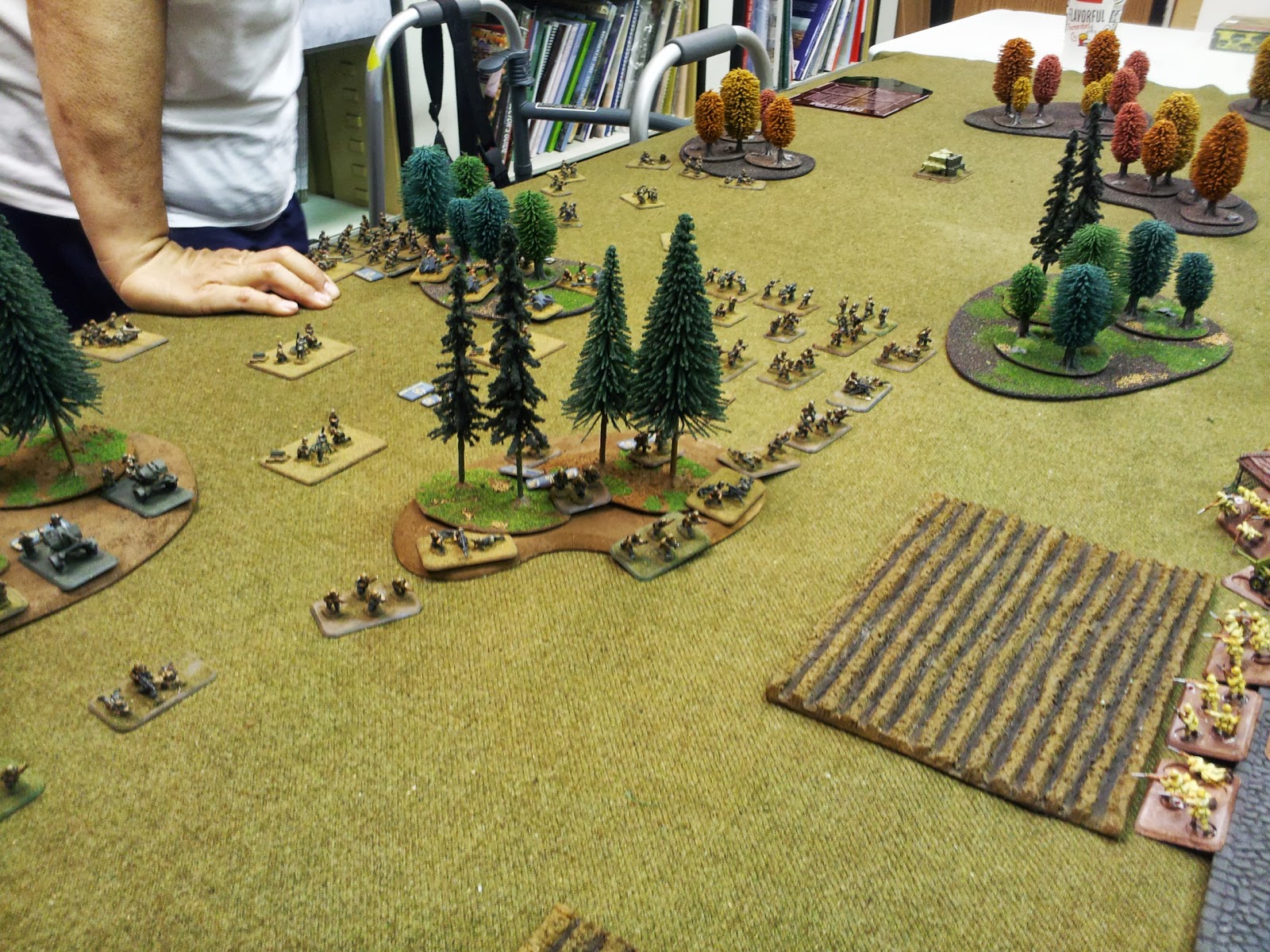 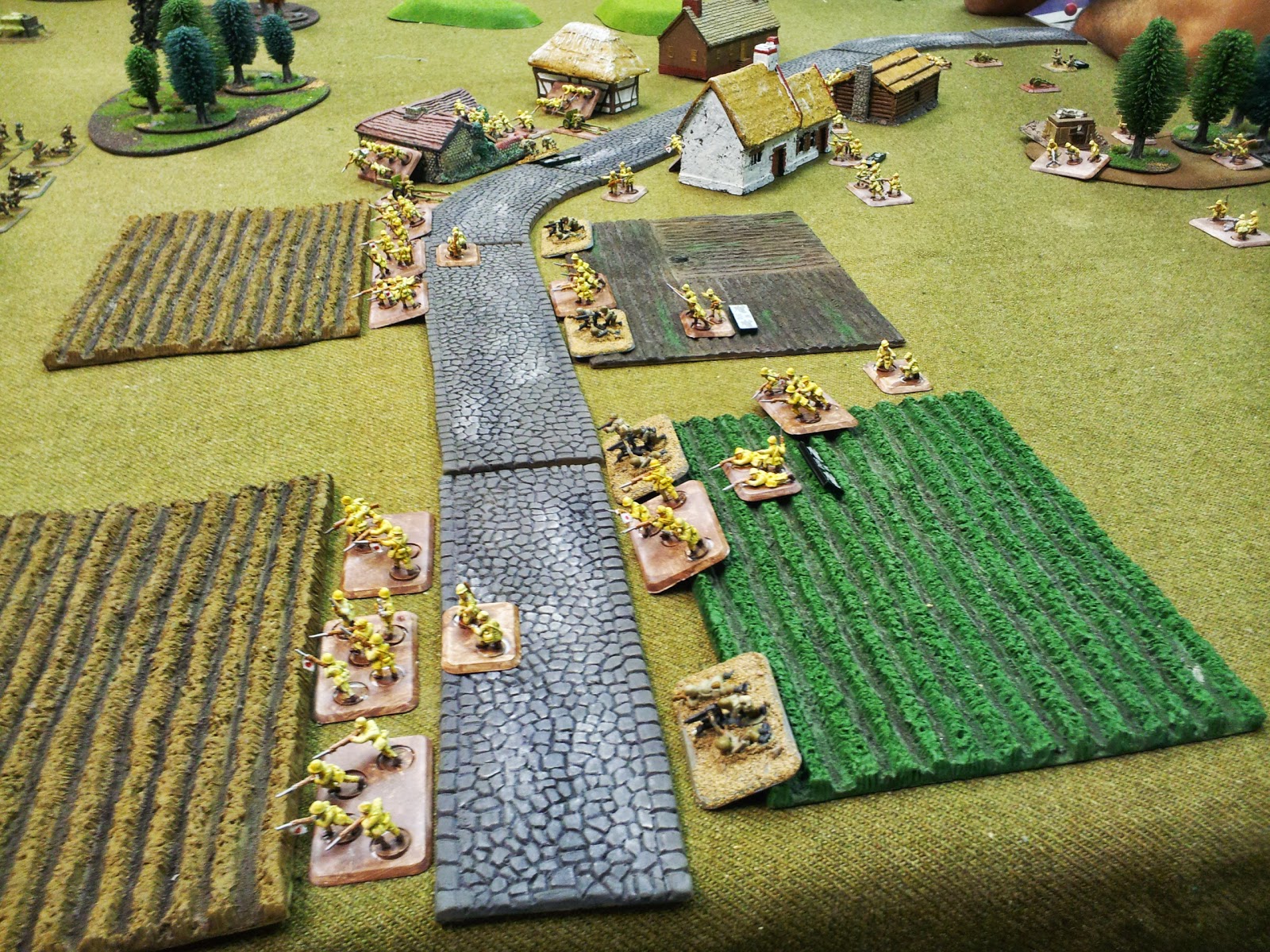 I had a quick game with Brian afterwards but I was pretty tired and may have moved to quickly when I played him, due to time and the store closing soon.  Over all it was fun, he out gunned me but I out numbered him. ( I forgot to take a picture of my game with Brian).

There will be a game this Sunday with George and either Brian H. and/or Alika H. Both who are very new to the game. I hope they learn a thing or two from George who has good tactical and an aggressive style to his play. This will be played before George K. gets his game with Mike D.
Posted by Miniature Player at 9:49 PM