I finally got a game in of Flames of War. It has been awhile but I am happy I got a game in again after a few months from not playing it. Oh my poor russians got destroyed and I couldn't take and hold an objective.

Later after this game another person wanted to practice a Flames of War game so I played another small game after the 1750pt game. The second one was 780pts or so a side. It was a teaching game to explain why and what I was doing when we played. At least I got a victory on that one.  =)

Next week I hope to get a Muskets and Tomahawk game in. 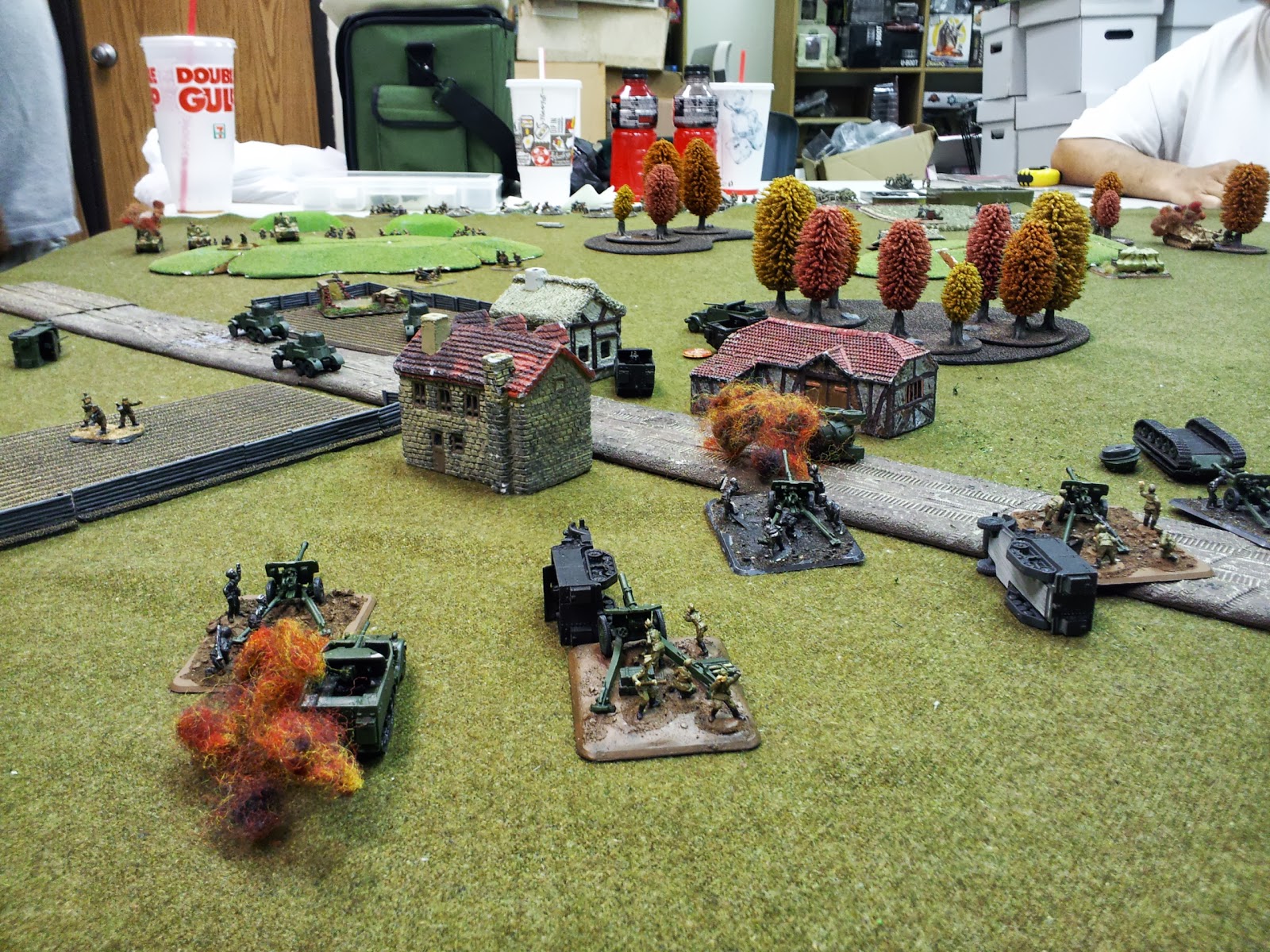 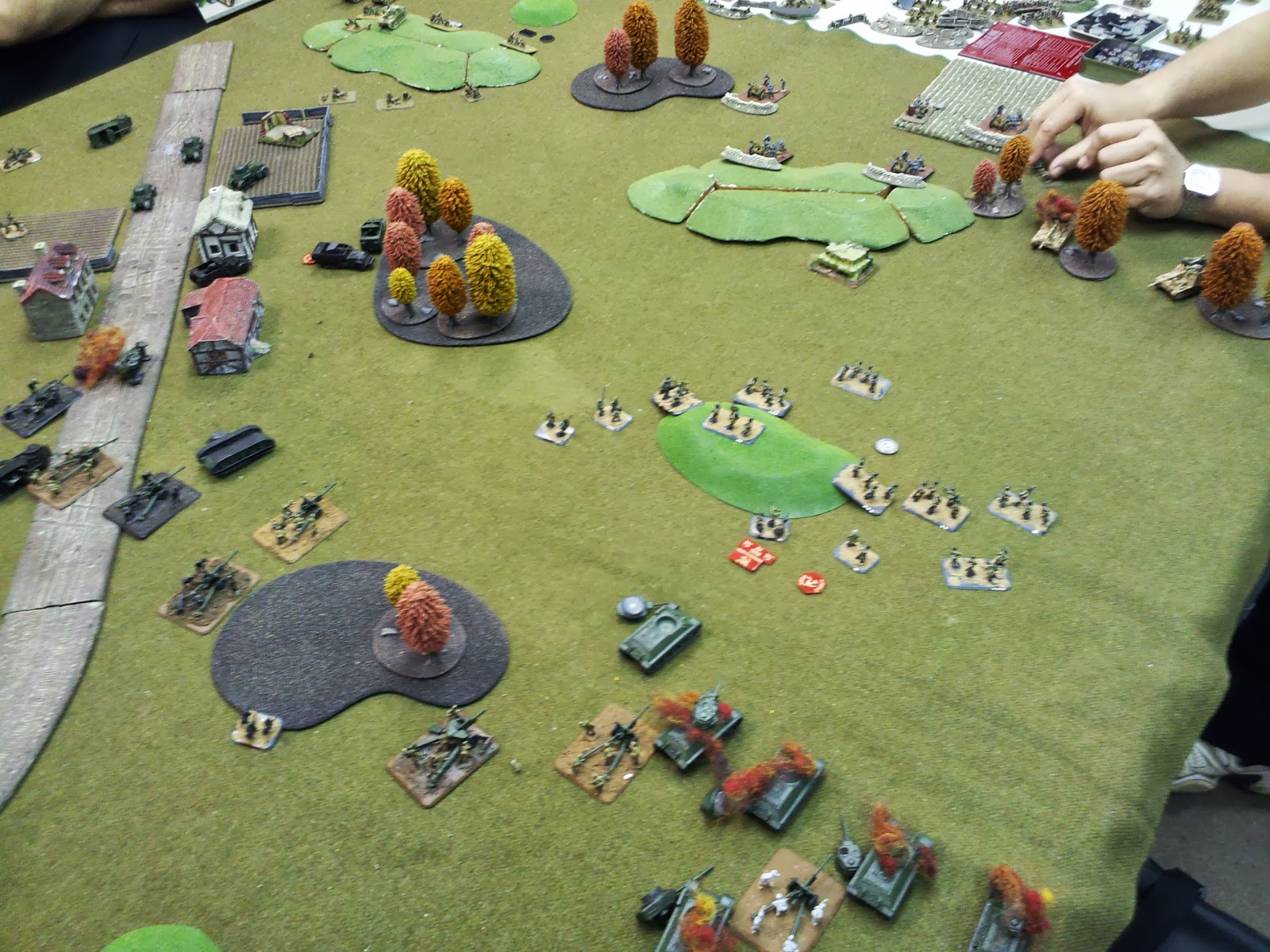 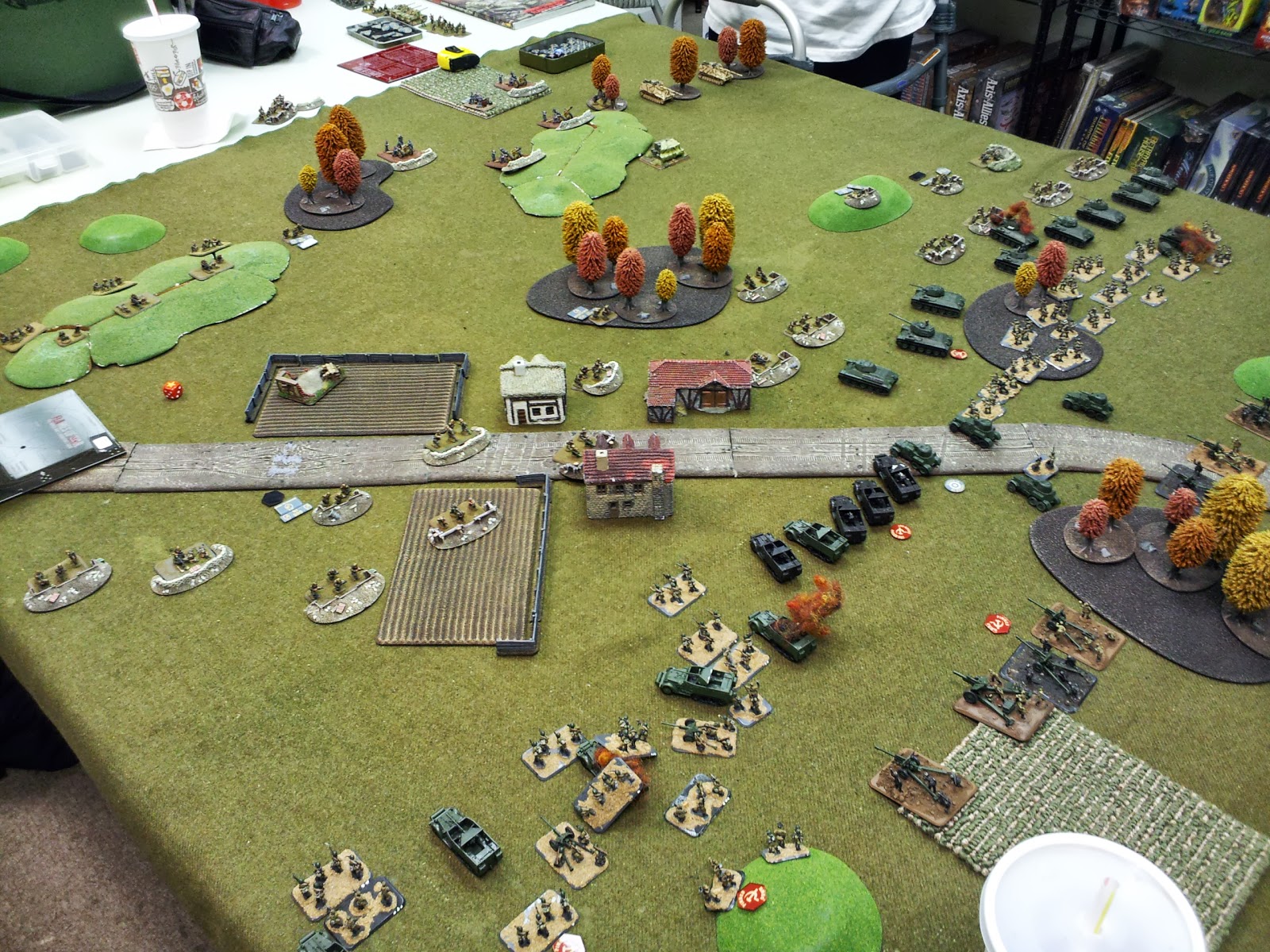 Posted by Miniature Player at 11:29 PM