My unpainted daemon Army of sub 800 pts. It was a first game in many many years last I played 40k. It was very fun, though it took us awhile to get use to the game so it was many hours of figuring things out.

He had left a few units in Reserve.

My plan was to rush him as fast as I could and hope my Flamers would show up about the time I made contact and do some damage. 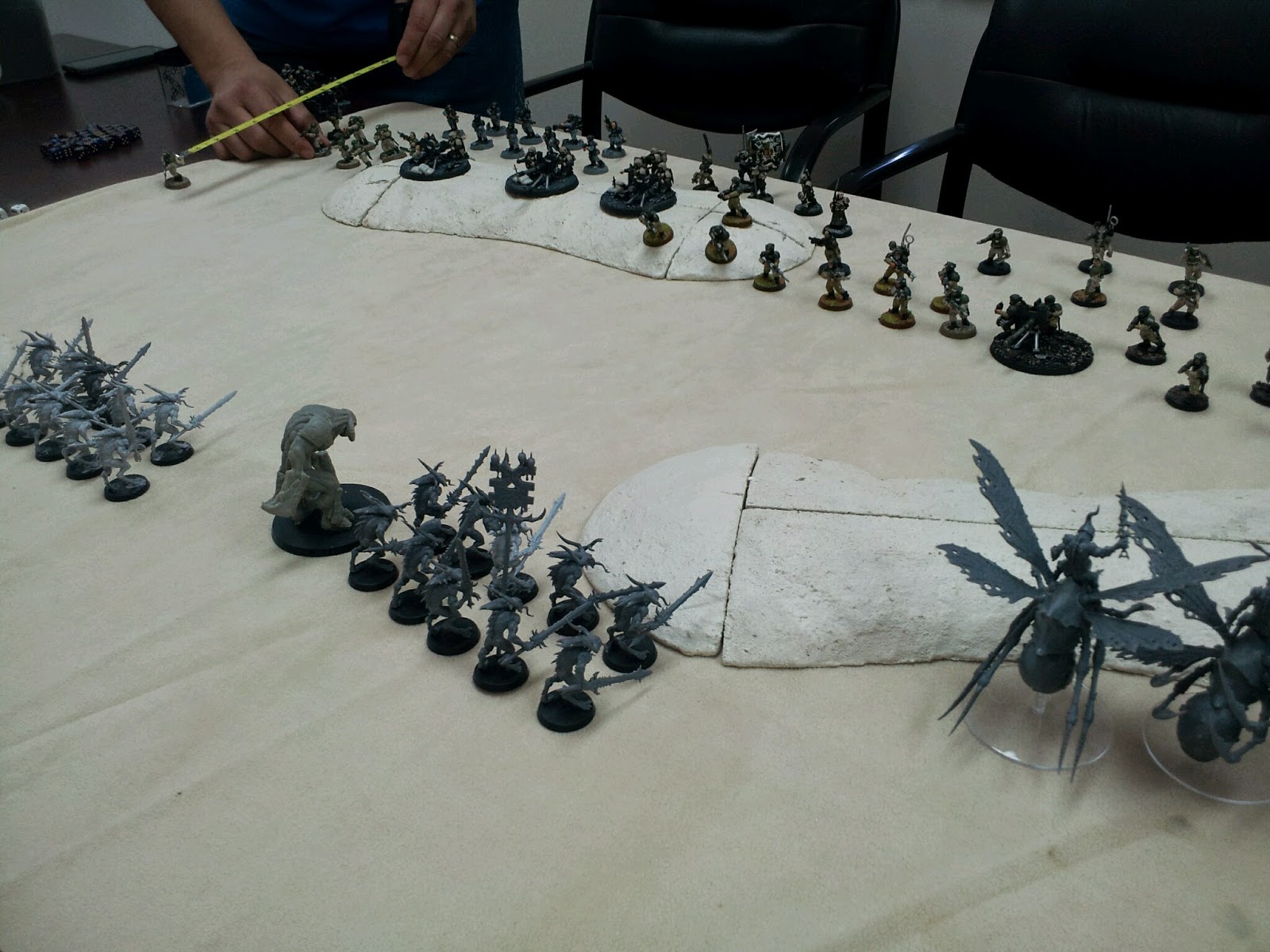 I took three wounds from Heavy Bolters, damm those things were kicking my ass early on. 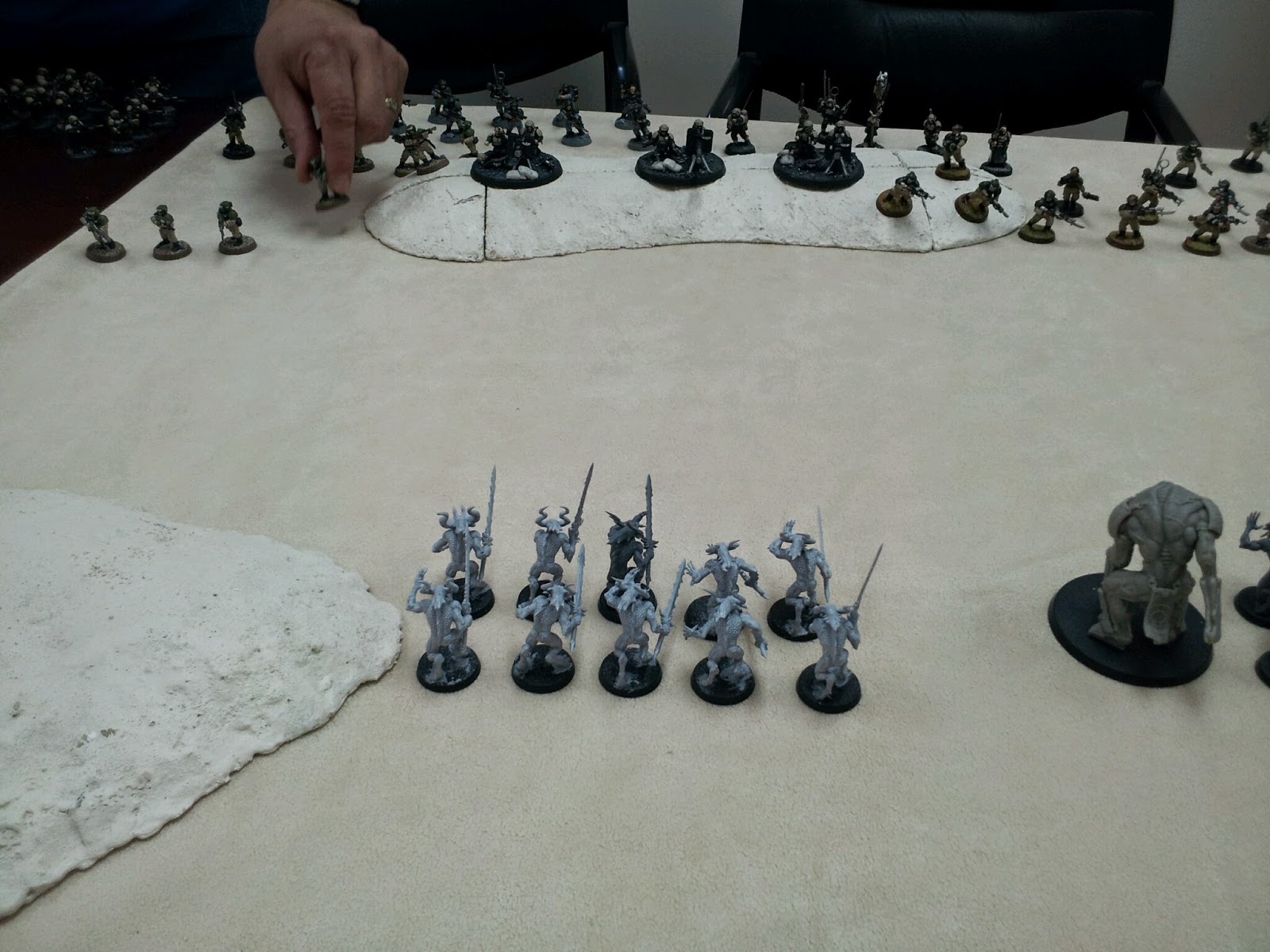 This drop alone destroyed much of Richard's army on my left to center. 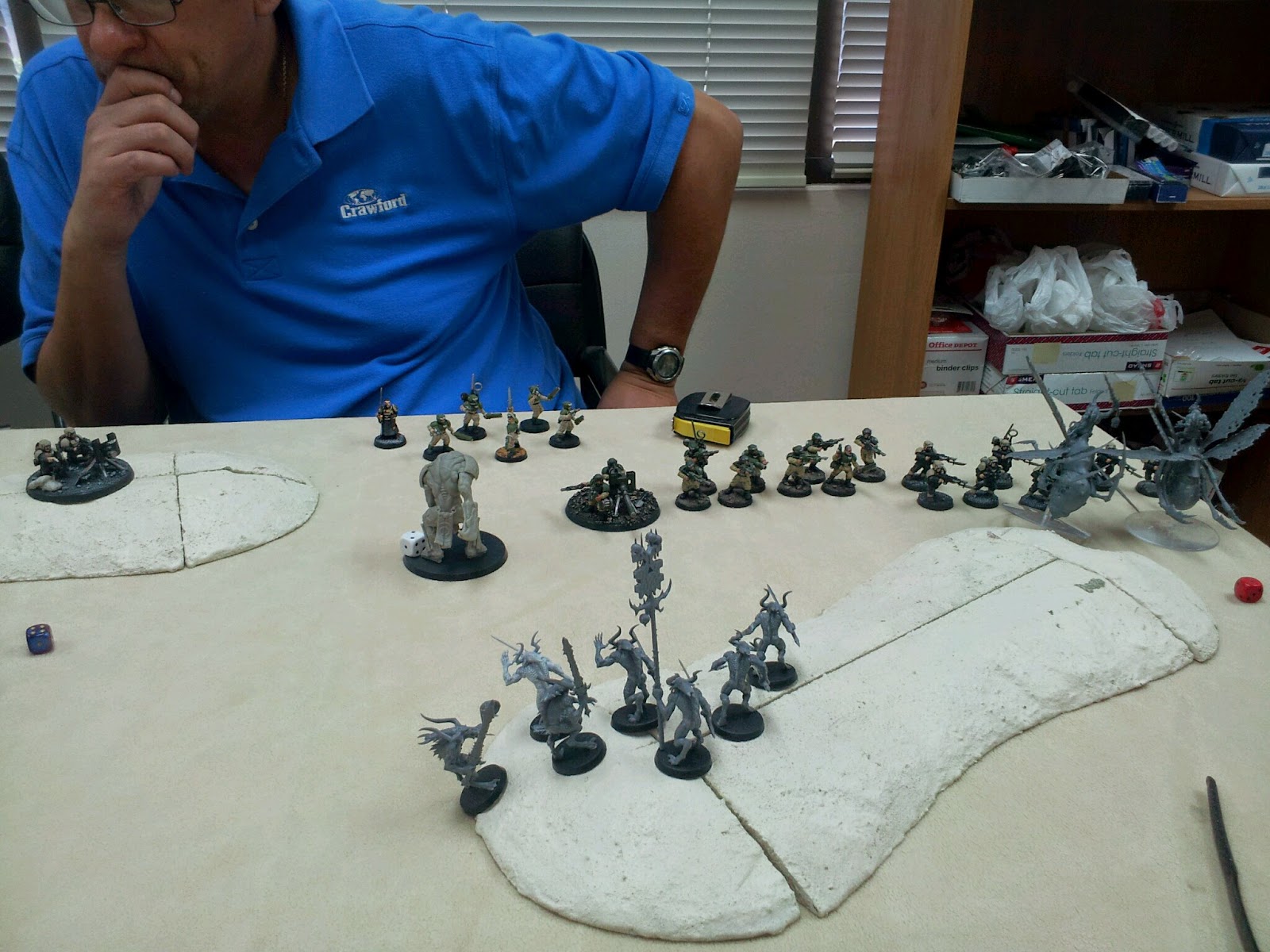 I made the mistake of trying to go over rough ground with these guys, they kinda got stuck moving real slowly due to poor dice rolls. Though my Leader made short work of the unit he charged, he later gets down to one Hit Point due to them blasted Heavy Bolters. The Las Cannons just couldn't hit me. 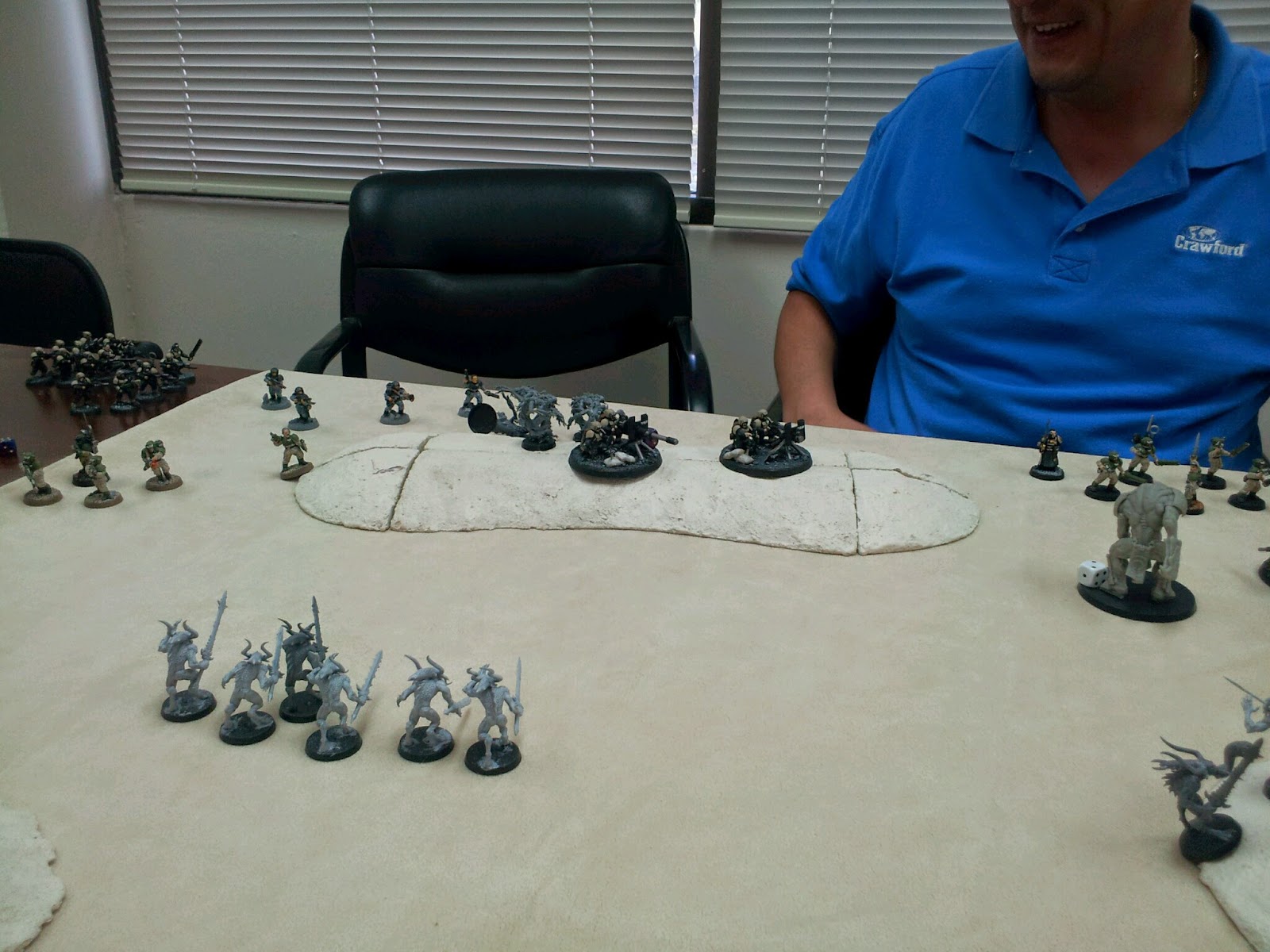 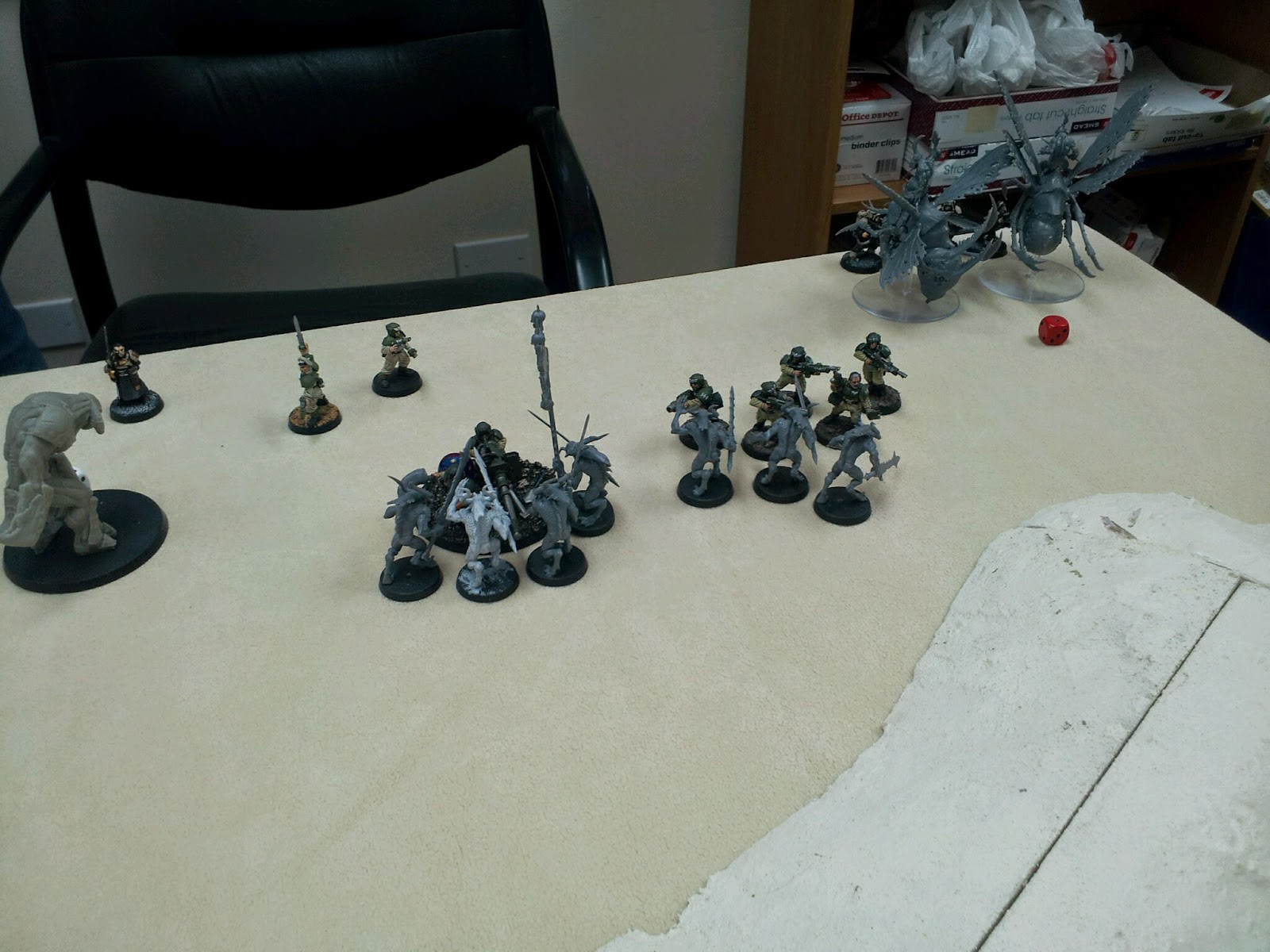 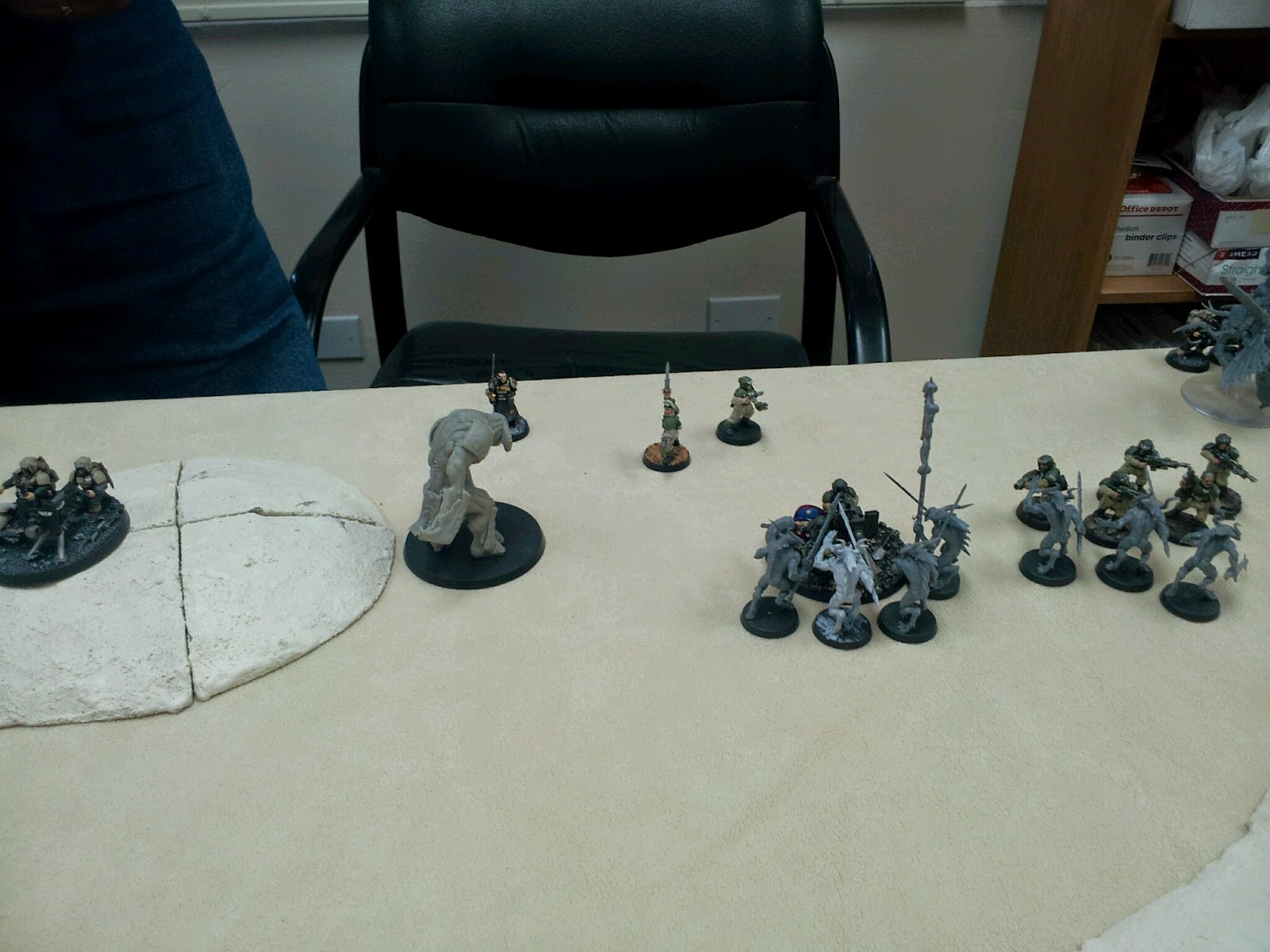 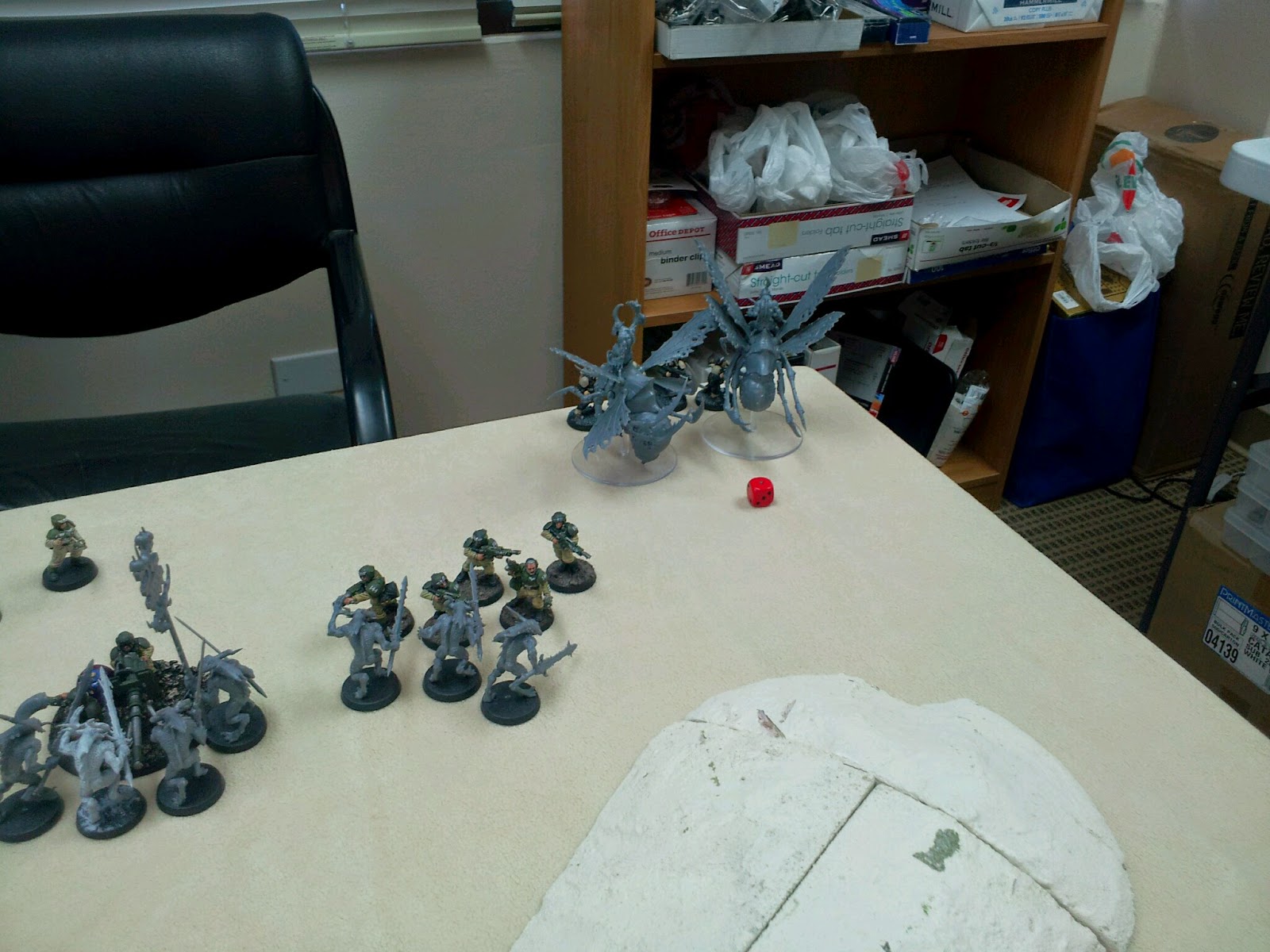 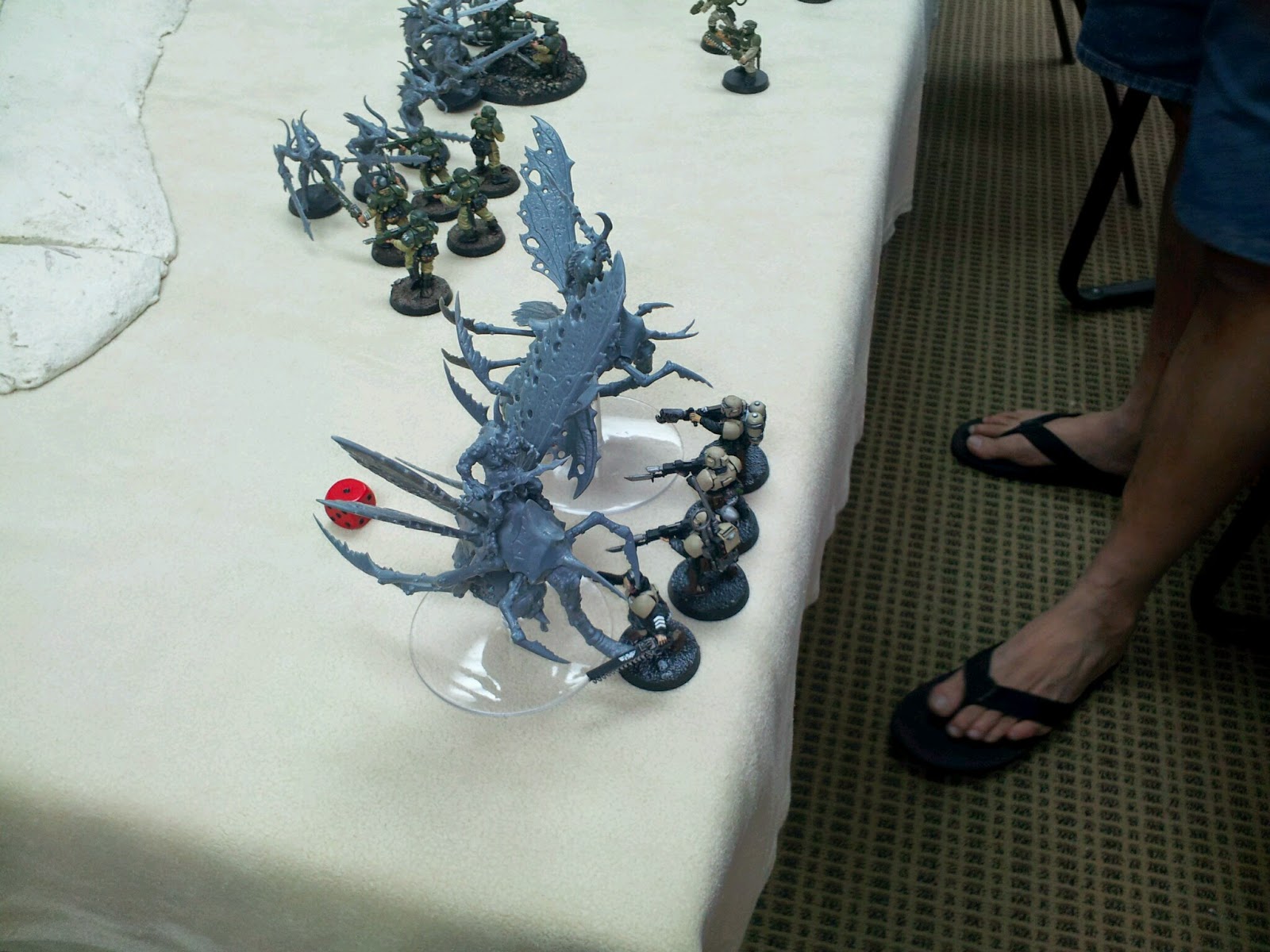 Pushed to the edge of the board, we just couldn't seem to kill one another in hand to hand. 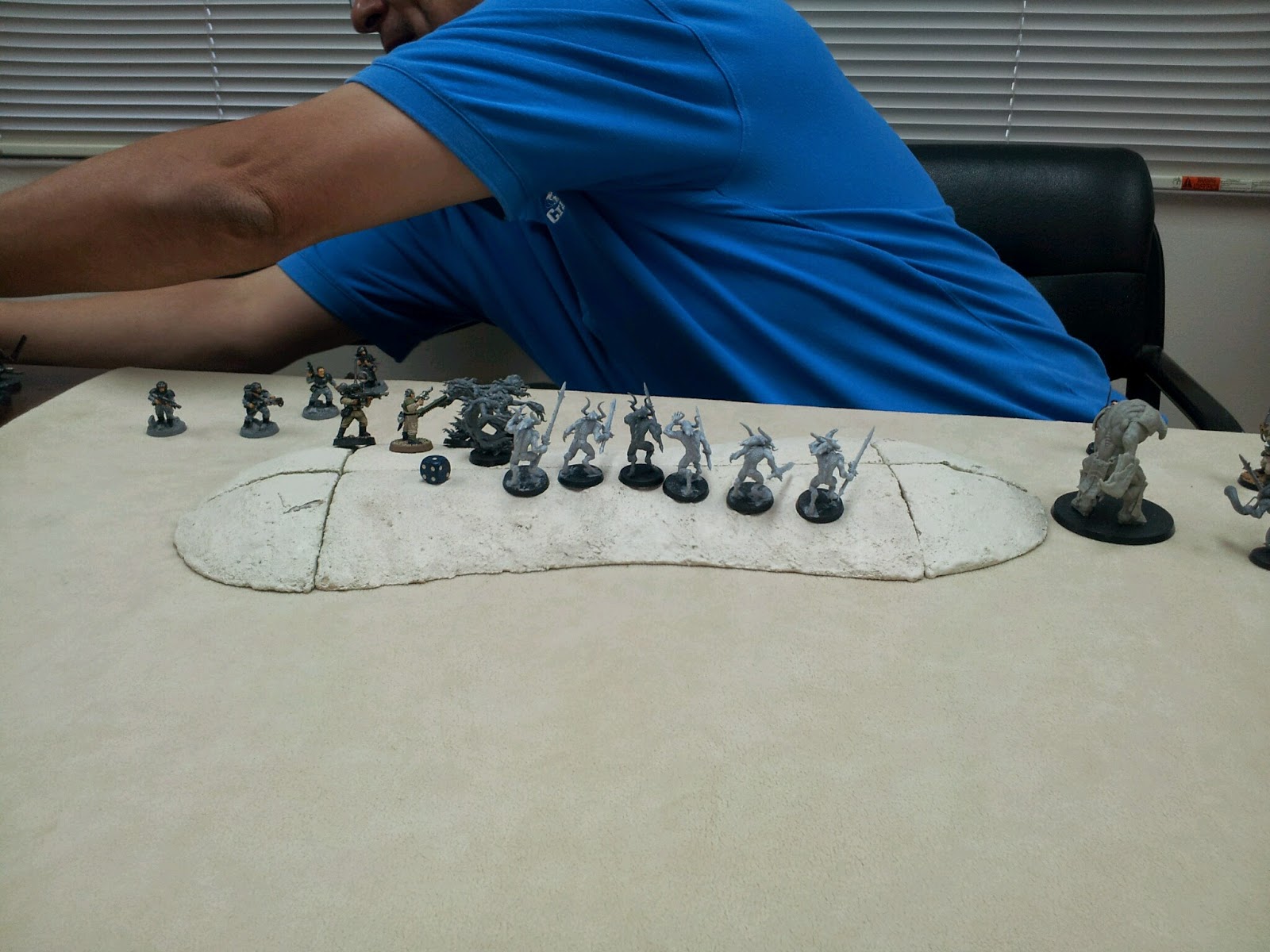 The end, it was so much fun. I like the game but dread playing powergamers who I feel I will not have fun playing with. Thank goodness Richard has the same mindset as mine in terms of gaming.  I do hope he brings a few vehicles so we can try them out in the rules. Well perhaps just one will do.

My goal is to learn more and start painting up my little army.
Posted by Miniature Player at 9:33 PM